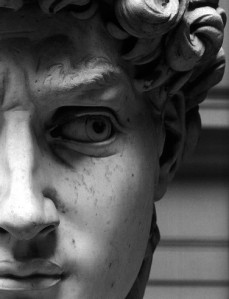 I am not a big fan of the on-this-day-in-history-inspiration-and-motivation-start-to-the-day thing but today seemed different.  The first of our graduates from Create’s pre-employment training academy started work in the new Morrison’s store in Leeds AND there was a national announcement that Morrison’s would commit 1000 jobs in its stores to people who have come through the CREATE training programme.

So great news on two fronts.  The first wave of students starting their first day at work and the promise of an anchor retail partner to encourage other retailers to come on board as we expand our work around the UK.  A story very personal to those who started work and to me but also exciting to consider the scale of what Create will achieve in the next few years.

So the day did feel momentous in many ways.  Any way back to the on-this-day-in-history-inspiration-and-motivation-start-to-the-day thing.  As I say I am not usually into this kind of thing but I always say, don’t knock it till you have tried it!  Any way it turns out that on this day in 1512 Michelangelo’s paintings on the ceiling of the Sistine Chapel were first exhibited to the public.  This made me think of the story of Michelangelo, when he was first commissioned to create the magnificent statue of David.  It is reported that he walked into the quarry and beheld a huge rock in the middle of a pile of rubble.  Embracing the rock he shouted “I must release David from this stone!”

I think the inspiration of this story is that the great, gifted, visionary Michelangelo didn’t feel he was creating anything, he was just releasing something that was trapped but was, in its own right, beautiful.  As a social entrepreneur, I believe that change is good, both change in people and change in society. I also believe that homelessness like many other problems is a trap and that a great job brings more rewards than just a pay packet.  I felt today, standing with them in the fresh produce section, like our Create lads had been released not by us or the training we’d given them, but by themselves.  We just helped along the way and it was bloody brilliant.  In related news shower gel is on two for one in Morrisons, so a good day all round really.

Sarah Dunwell is executive director of Arena Partners and has twenty years experience in the corporate and business sector. After a number of senior roles in customer service and retail management, Sarah led her own successful catering business and is experienced in business turn around and SME growth. Sarah has a particular interest in the role of robust business planning and development in the not-for-profit sector. Her passion lies in seeing social businesses grow successfully and sustainably through creating mature businesses that deliver strong social agendas.
View all posts by Sarah Dunwell →
This entry was posted in Big Society, CiC, Social Enterprise and tagged big society, CiC, Community Interest Company, DWP, employment, homeless, Homelessness, jobs, Leeds, Social Enterprise, The Create Foundation, unemployment, Worklessness. Bookmark the permalink.